The B-2 Spirit, or stealth bomber, was developed and built by an industry team consisting of Northrop Grumman, Boeing, and Vought Aircraft Industries. Capable of delivering nuclear and conventional munitions, the B-2’s primary mission is to attack time-critical targets early in a conflict to minimize an enemy’s war-making potential. Twenty-one B-2 aircraft are assigned to the U.S Air Force 509th Bomb Wing at Whiteman Air Force Base. 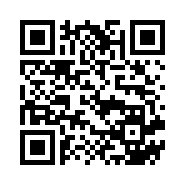