The F-16 is being used by the USAF active, reserve, and Air National Guard units, the USAF aerial demonstration team, the U.S. Air Force Thunderbirds, and as an adversary/aggressor aircraft by the United States Navy.

The U.S. Air Force has used the F-16 in combat in Operation Desert Storm of 1991, and in the Balkan later in the 1990s. F-16s have patrolled the no fly zones in Iraq during Northern Watch and Southern Watch. They have served during the wars in Afghanistan and Iraq in 2000s.

The F-16 is scheduled to remain in service with the U.S. Air Force until 2025.The planned replacement is the F-35 Lightning II, which will gradually begin replacing a number of multirole aircraft among the program's member nations.

up to 3× 300/330/370 US gallon Sargent Fletcher drop tanks for ferry flight/extended range/loitering time. 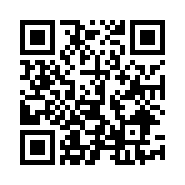