United States production equipped not only the American forces but the forces of France (after 1942), Britain and other Allied nations. Similarly to the Soviet Union, the United States selected a few good basic designs and standardized on those models. Given the lack of tank design and production experience, it is remarkable that the United States designs were as good as they were.

Prior to the entry of the United States in the war, the Army had only a few tanks. The Light Tank M2 series was the most important. These light tanks were mechanically very reliable, with good mobility. However, they had a high silhouette due to the use of radial aircraft engines. Only a few saw combat, on Guadalcanal. The Light Tank M3 series of 1941 was an improvement of the M2, with more armour and a 37 mm gun. The new medium tank just entering production in 1940 was the M2A1. This was a hopelessly poor design with thin armour, a high silhouette, a 37 mm main gun and seven machine guns.

From 1940 new tank designs were prepared. The Battle of France had shown the importance of medium tanks, and the United States Army had a requirement for a medium tank with a 75 mm gun, and developed the M4 Sherman tank, the most important tank of the war for the Western Allies.

The first tanks of the United States to fight in the war were the Light Tank M3 called the "General Stuart" by the British Army and Medium Tank M3 (the "Grant" version had a British-designed turret and a six-man crew; the "Lee" version retained the original turret and seven-man crew). They were deeply flawed in many ways, yet were the best tanks available to the Western Allies and were superior to most of their German counterparts in armour protection and firepower. The Light Tank M3 was about as well-armed as the British cruiser tanks in the desert, yet was much more reliable mechanically. Its 37 mm main gun was more powerful than the main guns carried by German reconnaissance tanks. The official name given to the Light Tank M3 was 'Stuart'; a nickname used was 'Honey'. The M3 and its improved derivative, the Light Tank M5 series, remained in service throughout the war. By 1943, its 37 mm gun made it a very dangerous tank to serve in, but no better replacement was available. The Light Tank T7 design was proposed as a successor in 1943, armed with a 57 mm gun and with better armour; however, the design was never standardized for production.

The appearance of the M3 Lee medium tank in the summer of 1942 finally gave the British a gun better than their 2-pounders and 6-pounders and capable of dealing with German tanks and towed anti-tank guns. Although the British 6-pounder (57 mm) gun had better armour penetration than the M-3's 75 mm, it fired a much smaller high-explosive warhead. The M3 could successfully attack German antitank guns that had previously taken a heavy toll of British tanks, and was reasonably effective against German tanks of the day.

When first fielded, the M3 was a match for German medium tanks, but it had the significant disadvantage of its 75 mm main armament being mounted in the hull. It had a fully-traversable turret with a 37 mm cannon as well, but the turret combined with a hull gun gave it a very tall profile. The United States 1st Armored Division also employed the M3 in Africa. It was a stopgap solution, never intended to be a design of major importance. In American and British service the M3 was phased out at the end of the North African campaign, but continued in service in the Red Army for some time, where its crews named it as ‘grave for seven brothers’.

The most important American design of the war was the M4 Shermanmedium tank. The M4 became the second-most-produced tank of World War II, and was the only tank to be used by virtually all Allied forces (thanks to the American lend-leaseprogram). M4s formed the main tank of American, British, Canadian, French, Polish and Chinese units. The M4 was the equal of the German medium tanks, the Panzerkampfwagen/PzKpfw III and IV, at the time it first saw service in 1942. Over 4,000 Shermans were supplied to the Soviet Union, beginning in mid-1943. The M4 remained a match for its most common opponents (the Pzkw-IV and various German self-propelled guns) throughout the war, but by late 1943 the German Panther and Tiger Iwere grave threats. While it is commonly believed that the Sherman had a tendency to explode catastrophically due to their use of petrol, this is incorrect. It is now known that early models suffered from poor ammunition storage; later versions with "wet" storage designs were no more likely to explode than other contemporary tanks.

Flawed United States armour doctrine played a major role in keeping the M4 undergunned in 1944-1945. The doctrine emphasized that tanks were to be used primarily for infantry support and exploitation, while the role of fighting tanks was to be carried out by the tank destroyer branch, armed with both towed and self-propelled guns such as the 3 inch Gun Motor Carriage M10. The 3" GMC M10 was thinly armoured, with an open-topped turret mounting a 3-inch gun that was very powerful by mid-war standards.

Technically, the M4's design was capable of handling larger guns than the 75 mm and 76 mm guns with which they left the factory. The M36 Jackson with the powerful 90 mm gun also entered service in the fall of 1944 and could penetrate the glacis of a Panther at 600 meters. The British fitted Shermans with the more powerful Ordnance Quick Firing 17 pounder gun, a variant known informally as the Firefly, and the U.S Marines used a variation in the Pacific War known informally as the Ronson flame tank. Postwar, the Israeli Army mounted a 105 mm low-pressure anti-tank gun on the M4.

The United States also produced what is arguably the best light tank of World War II, the Light Tank M24. The M24 had torsion-bar suspension, high mobility, and a compact 75 mm gun. Ergonomically the tank was quite good also. However, the M24 did not appear in combat until December 1944 and equipped only a few units by the end of the war. Also near the end of the war the M26 Pershing heavy tank was deployed operationally. The Pershing was a very modern design with torsion-bar suspension, heavy armor, and an excellent 90 mm gun. However, it was somewhat underpowered, having the same Ford GAA engine as the M4A3. The M26 basic design was good enough to form the basis for all postwar American tanks through the end of the M60 series.

The superior German second-generation tanks were not matched until the end of the war, but the Germans had already lost the initiative by 1943. The sheer volume of American production, superior combined-arms tactics and German errors on all levels meant that American tanks generally prevailed. This was the converse of the same pattern seen at the beginning of the war, when weakly-armored and undergunned but ably handled German panzers crushed their much more powerful French, British and Soviet opponents in blitzkrieg attacks.

From Wikipedia, the free encyclopedia 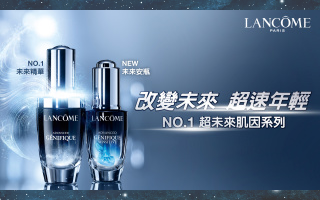 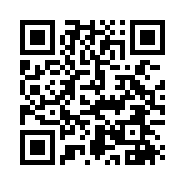