The Thunderbolt-2000 RT/LT-2000 is a wheeled MLRS systems used by the Republic of China Army. It was created with the intention of attacking enemy forces when disembarking from sea.

The prototype Thunderbolt-2000's weapon systems is placed on the chassis of a M977 Heavy Expanded Mobility Tactical Truck. Production model will MAN HX81 8x8 wheeled trucks, first batch ordered with 57 launchers and 54 ammo carriers/reloaders or local production of the same version. Expect to enter service with all 3 main Army Groups in Taiwan from 2010/11. Each Army Group's Artillery Group will receive 1 battalion of RT/LT-2000, which will consist of 3 companies/batteries, with each battery/company will have 6 RT/LT-2000 launchers.

RT/LT-2000 multiple artillery rocket system, which made its debut during the 1997 "Han Kuang" Exercise, is a new-generation multiple artillery rocket system designed to attack invading enemy at sea. Its self-propelled launch vehicle has magazine-fed launchers and fire control, positioning and direction-finding equipment, capable of rapidly determining the position of the launch vehicle and the firing direction. It can automatically train and elevate launch tubes and compute firing data. It has three types of rockets -- MK15, MK30 and MK45 -- with AP/AM dual-function cluster warhead or steel-ball shrapnel high-explosive warhead. This rocket system can wipe out invading enemy troops in area between ship's landings and beachheads within its firing range. 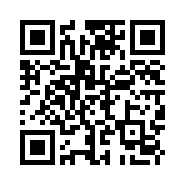