The C-118 (designated as R6D by the U.S. Navy) was a military variation of the Douglas DC-6 commercial airliner. In 1947, USAAF officials ordered 166 aircraft to support operations of the Military Air Transport Service (MATS).

The 29th production DC-6 was designated as VC-118 and modified to replace the aging C-54C "Sacred Cow" Presidential aircraft. It differs from the standard DC-6 configuration in that the aft fuselage was converted into a stateroom; the main cabin seated 24 passengers or could be made into 12 "sleeper" berths. The VC-118 was formally commissioned into the USAAF on 4 July 1947, and was nicknamed "Independence" for President Truman's hometown in Missouri. Probably the plane's most historic flight occurred when it carried the President to Wake Island in October 1950 to discuss the Korean situation with Gen. Douglas MacArthur.

The 165 C-118A Liftmasters produced were about six feet longer than the "Independence." C-118As played a key role in "Operation Safe Haven" during which 14,000 Hungarian refugees were airlifted to the U.S. in 1956-57. In the transport configuration, the C-118 could carry up to 74 fully-equipped troops or up to 50,000 pounds of cargo.

In May 1953, after nearly six years of White House service, the "Independence" was retired as a Presidential aircraft and subsequently served several Air Force organizations as a VIP transport. It was retired for display at the USAF Museum in 1965.

Data from The Aviation Zone 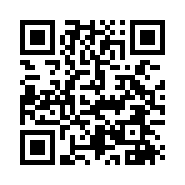