The M48 Patton was the third and final US medium gun tank of the Patton series, named after General George S. Patton, commander of the U.S. Third Army during World War II and one of the earliest American advocates for the use of tanks in battle. It was a further development of the M47 Patton tank. The M48 Patton served as an interim tank until replaced by the US Army's first Main Battle Tank (MBT), the M60 Combat Tank. The M48 served as the U.S. Army and Marine Corps's primary battle tank during the Vietnam War. It was widely used by U.S. Cold War allies, especially other NATO countries.

The M48 Patton tank was designed to replace the previous M47 Pattons and M4 Shermans. Although largely resembling the M47, the M48 Patton was a completely new tank design. Some M48A5 models served well into the 1980s. Many various M48 Patton models remain in service internationally. The M48 was the last US tank to mount the 90mm tank gun, with the last model, the M48A5, being upgraded to carry the new standard weapon of the M60, the 105mm gun.

The Turkish Army is the largest operator of the modernized M48 MBT, with more than 1,400 M48s in its inventory (around 1000 have been phased out/in storage or modified to ARVs). The Turkish M48s are slated to be retired very soon. All of the Turkish M48s are in reserve, not active service. 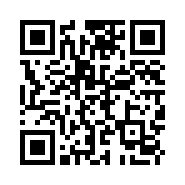